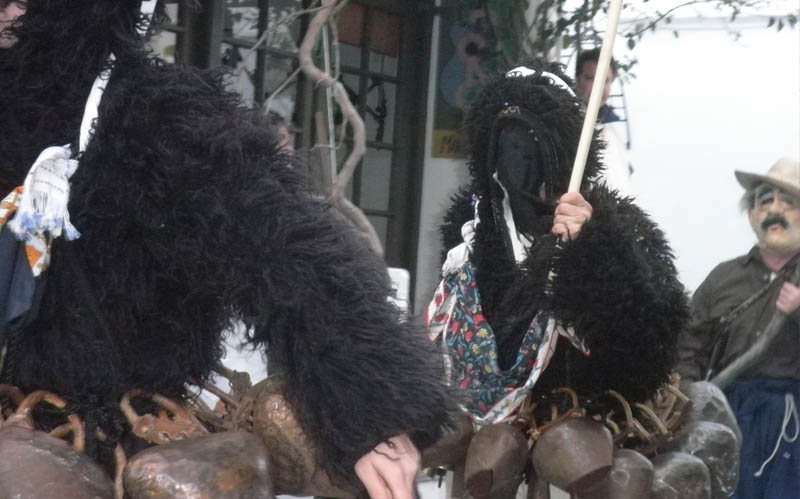 One of the biggest celebrations taking place in the island is Halloween which is embodied with Dionysian atmosphere. During the Sundays of the carnival, culminating last Sunday (Shrovetide), pour into the streets of the island  the "Elderly" and "Corelli" (rag, rag from the Latin coriellym), reviving an old skyrian custom that visitors from all parts of Greece come to the island to see. The costume of the "Old Man", which the lads wear, is the most impressive. Black cape with hood, face mask and girded with 30 or 40 sheep bells. With dancing gait, along with his entourage, the "Korela" and "Franc" make a noisy set. Legend says that the "Old Man" depicts an old shepherd who lost, some carnival, all of the sheep from the cold winter.

To communicate the tragic event to the locals, he tied the bells of the dead animals and with his tattered wife (Korela) walked from alley to alley and cried out to the locals about the calamity he suffered. Beyond the myth, the bells were well known in ancient times, because warriors hung them on their shields in order to intimidate their enemies. Perhaps the custom to have such a meaning, ie to exorcise all evil.