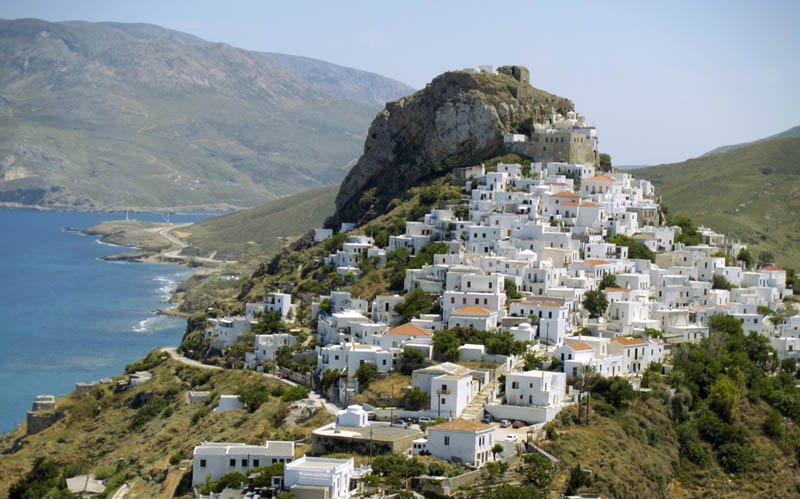 The roots of Skyros in history dates back to the Neolithic era (5500-2800p.Ch.), with the first inhabitants of the island being the pre-Hellenic Pelasgian tribes, Karians and Dolopon. At the archaeological site of Palamari, in the northern part of the island is one of the most important prehistoric settlements of the Aegean. Dating in the early and middle Bronze Age (2550 BC-1650 BC) and it is a well organized commercial port. You can visit the site and watch the excavations that are ongoing still . In 475 BC the island was in the possession of Athens, where it remained for 389 years until 86 BC when it was claimed by the Roman Empire. Unlike the period of the Roman Empire, the influence of the period of the Venetian Empire was more important . At that time dominated Christianity and many churches were built mainly in the ruins of the pre-Christian temples. After the Venetian occupation the Ottoman Empire claimed the island of Skyros.At the Archaeological Museum in Chora are exposed findings of the Protohellenic, Mycenaean, Proto and classical period. The visitors can witness first hand all the history of the island by touring around the island of Skyros .

Skyros has had various names over the centuries from ancient times and in later years. Most of them had their origin in morphology, soil, people and nature. Skyros is mentioned in Greek mythology. Four fabulous persons associated with the Skyros: Theseus, Likomidis, Achilles and Neoptolemus. In 1538 Skyros was conquered by the Ottomans, but the island was granted many privileges. Noteworthy is that on the island did not remain long nor Turkish troops nor Turkish rulers. During the Ottoman period, Skyros, suffered greatly from pirate raids, forcing residents to flee to the Castle in Chora. In the struggle for national independence in 1821, Skyros offered plenty both in economical as well as in human aid, and sent many sailors in the national fleet, shelter chiefs, elected friendly and took care of several thousand refugees from various cities.Today the tradition of the manners and customs of Skyros attest the ancient roots, while the museums and monuments are evidence of its great past.